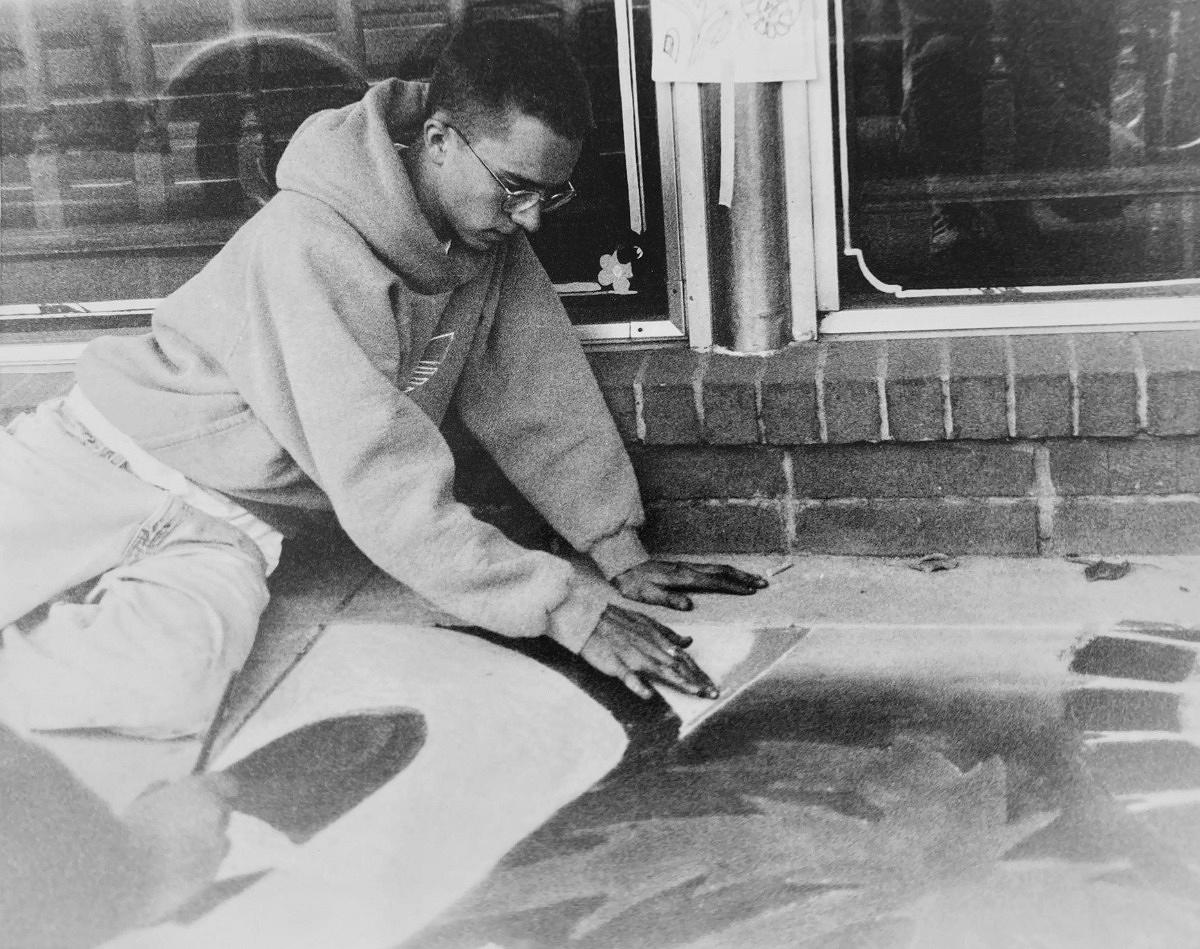 I grew up for half my childhood in New Hampshire and Vermont and the second half in Idaho. All growing up I enjoyed drawing. I still have many of my drawings from the 80's and 90's. I spent a lot of time drawing, shading, coloring, and painting. Known for my drawing abilities, I often filled the requests of my peers for drawings of a flower or animal or a funny character.

In the 90's, as the personal computer and the internet found their way into everyday life, I became fascinated by them. For Christmas of '95, my parents got me a book on how to code in HTML 3, and with the basic hosting that came with our dial-up internet service, I created my first web page -- an Audrey Hepburn fan page. Yes, I was an Audrey Hepburn fan as a teenager. When I wasn't drawing or on the computer, I did competitive drama and high school theater.

During my Sophomore year at Centennial High School, I joined the school newspaper a part-time artist. One day, while dropping off some illustrations to the newspaper room, one of the kids showed me how they layout the newspaper on the computer. I was mesmerized! The next semester, I joined the staff full-time and worked as a production designer, helping to layout pages. I was thrilled to be part of such an amazing group. During my Junior year, our school newspaper placed in several categories at the statewide high school journalism convention.

After high school, I served a mission for the Church of Jesus Christ of Latter-day Saints throughout the state of Nebraska. After returning home, I met my wife Julee. in March 2002, we were married and attended Brigham Young University - Idaho where I furthered my study of visual design. It was there, where I was introduced to Flash. Now a dead technology, back then, Flash was an incredible medium for storytelling on the web.

After only two semesters at BYU-Idaho, we moved back to Boise, where I enrolled at ITT Technical Institute (no longer a school). After starting with a major in Multimedia I later switched to Web Development. In 2006, I graduated from ITT with an Associate degree. After taking a break, I went on to earn a Bachelor's degree in Marketing and Business from the University of Phoenix.

While I have had a love for graphic and web design since I was a kid in the 90's, I have been doing it as a living since 2003. Since that time I have worked on numerous projects for employers as well for clients as a contractor.

Coming from a history of art and design, I have always been tuned into how things look. I learned early on that being the artist was not enough for me. I needed to be an engineer too. So learning web development helped me design the look and turn it into a reality or in many cases, a website.

As internet technology advanced and more brands realized the opportunity of web apps and internet transactions, web design became even more critical. And so what I was doing as a web designer soon became "user experience design". Not only was I making a website, but I also had to design the interactions, the flow, the experience.

Now, we have digital experiences all around us. It's an incredible time to be a designer. I no longer call myself a web designer or even a user experience designer. I am a designer.

As an adult, I will always strive for the excitement and creativity I had as a kid moving my pencil around on paper, eager to make someone smile with my creation.